The archaeological site of Knossos Palace

The archaeological site of Knossos is sited 5 km southeast of the city of Iraklion. There is evidence that this location was inhabited during the neolithic times (6000 B.C.) . On the ruins of the neolithic settlement was built the first Minoan palace (1900 B.C.) where the dynasty of Minos ruled.

This was destroyed in 1700 B.C and a new palace built in its place. The palace covered an area of 22,000sq.m, it was multi- storeyed and had an intricate plan. Due to this fact the Palace is connected with thrilling legends, such as the myth of the Labyrinth with the Minotaur. 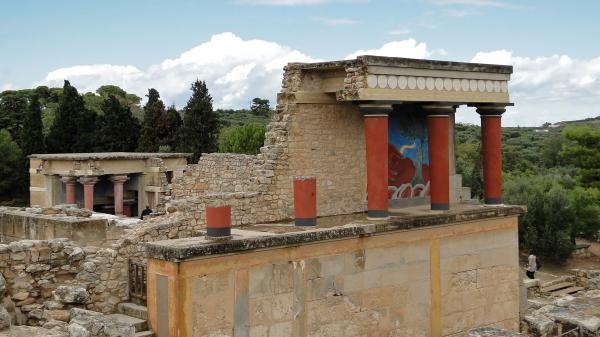 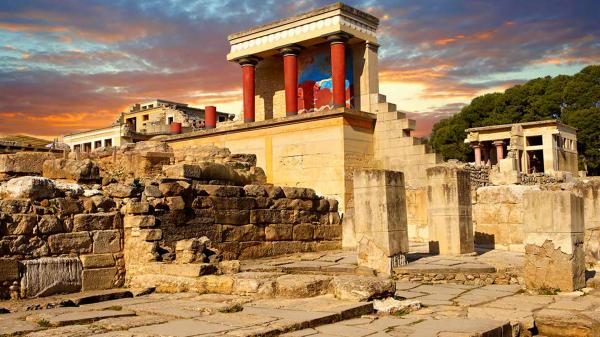